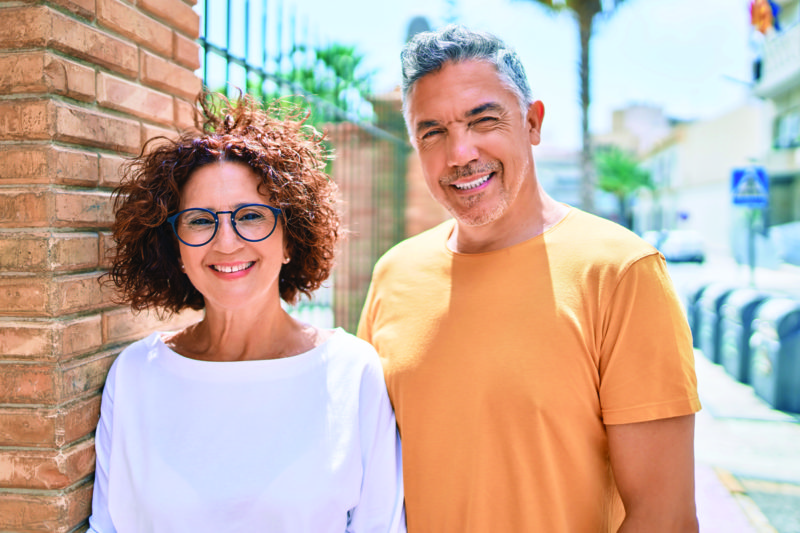 Landis Place on King is an innovative effort—a nearly $28 million investment—to fill a need in the middle market housing segment. You can help launch our City Vision Campaign to secure affordable rents for 10% of the Landis Place on King apartments. The $550,000 we seek to raise depends on gifts from community members, business partners, family, friends and neighbors. Your contribution will help meet the growing need for affordable housing in our community, and create a lasting legacy of care and support for our older population.

Designed to be a contributing neighbor in an already thriving West King Street block that boasts successful businesses and family homes, this seven-story building will house roughly 100 residents in 79 apartments. Ten percent of the apartments will be priced for those with income below the county median. Renters will be income qualified to assure that we do not lease affordable units to households that have higher incomes.

A Housing Crisis that Disadvantages Seniors

Imagine the devastating effects of a housing crisis on our parents and grandparents. Imagine ever-growing waiting lists at sought-after locations as older adults seek affordable housing and thriving communities. But due to a shortage of resources, they’re turned away. In fact, in just a few short years, predictions say 54 percent of seniors will not have the financial means to pay for their combined housing and health costs. At the same time, the number of American adults aged 50 and over is expected to grow to 133 million by 2030. Steeple View Lofts is at capacity, with a waiting list that just keeps growing. Increasingly, those in Lancaster’s 55+ age range are scrambling to make housing arrangements they can afford.

But now, imagine a future in which you’ve played an important role in changing this trajectory! Generous donors and partners like you will make it possible to lessen the impact of the housing crisis on Lancaster seniors. At Landis Communities, we witnessed the increased demand for city housing and were compelled to take action. Landis Place on King was born out of a desire to create abundant choices, foster increased community, and provide moderate income housing for older adults. With your help, truly affordable and comfortable housing for those in need will be a reality through Landis Place on King.
Statistics from studies NORC/University of Chicago, Harvard

Give to the Campaign
What are the available options for low-income housing in Lancaster?

A limited number of low-income or affordable housing options exist in Lancaster City and Lancaster County. Most are general occupancy which includes, but is not specially designed for, older adults. Government-funded HUD Section 8 housing is available for those with very low incomes, and affordable housing options for those with lower incomes exist with the help of housing tax credits, such as Mountain View Terrace, a Landis Communities partnership with HDC Mid-Atlantic. However, both types of housing have long waiting lists, which is difficult for those in urgent need of a safe place to live.

How is Landis Place on King different?

Landis Place on King is focused on older adults, and our project is unique because we are embedding affordability into a middle-market product, without utilizing tax credits. Additionally, we are making new housing (not repurposing existing housing) available to this middle-market segment. A care navigator is included in the on-site staffing to support aging in place and access to services.

All residents will have access to the amenities including the 6th floor terrace, the fitness room, the community rooms, and the on-site care navigator. Ample lighting, two elevators, security cameras, state-of-the-art locks with key fobs, modern ADA compliance, steel construction, fire sprinklers, and 41 parking spaces in a secured lot will emphasize safety.

How can a gift to this project impact a middle- or low-income older adult in need of affordable housing?

All of the one-bedroom apartments at Landis Place on King will be priced affordably for middle-income seniors. The goal of the City Vision Campaign is to offer at least 10% (8 apartments) of this new housing space at rates that accommodate incomes below the area median income. The money raised now will offset the amount of debt incurred over the length of our project financing, which allows us to extend lower rental rates over time.

How will renters be chosen for the more affordable units, and how long will they remain affordable?

Renters will be income qualified to assure that we do not lease affordable units to households that have higher incomes. Our intention is to keep these affordable in perpetuity through thoughtful planning and the ongoing fundraising efforts of Landis Quality Living.

Long-Term Affordability and Peace of Mind

The diverse and flourishing downtown neighborhood of West King Street has embraced our vision for an inclusive community housing option.

The primary goal of the City Vision campaign is to ensure long-term affordability for residents. We want to provide older adults with peace of mind and help them age in place in a vibrant and supportive community. We aim to raise $550,000 so Landis Place on King can offer a variety of rental rates, with some at or below affordability based on area median income.

Living in the heart of Lancaster offers endless opportunities for residents to expand their community engagement and immerse themselves in the energy of the city. Steeple View Lofts and Landis Place on King are about more than providing a place to live. They are intentional efforts to create communities of engaged older adults who are active and involved in downtown life, and who feel safe and supported in their homes as they age.

“The location is great – I can walk to my two favorite places downtown: Central Market and Fulton Theater. We’ve been coming downtown for years, and now I don’t even have to park!”